Since the early 1990s, NCK and the County Council of Uppsala have worked systematically to improve the care for women subjected to violence and to increase an early detection of violence. The work and findings are presented in a report called the Uppsala Model. 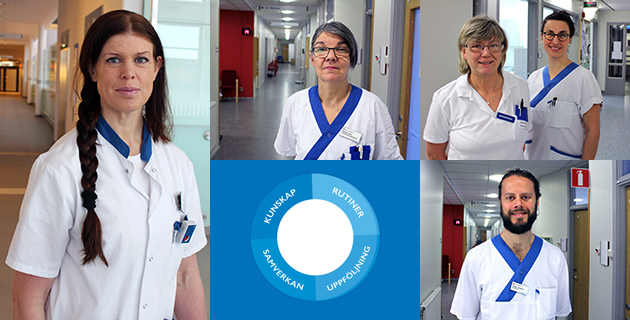 NCK has been of decisive advantage to the County Council of Uppsala. The special structure of NCK allows for new methods and findings to be efficiently implemented in clinical practise, which can then be disseminated nationally.

One example is the improvements made to maternal care inspired by a PhD project initiated at Uppsala University in 1997 concerning maternal care and exposure to violence. The results of the research made by midwife Kristina Stenson presented in the dissertation "Men's Violence Against Women – a Challenge in Antenatal Care" have had a significant impact on the County Council of Uppsala. The research led to the introduction of routines for asking pregnant women about exposure to violence. 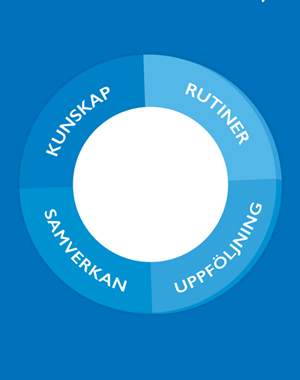 Four elements have been identified as key for improving the reception and care for women subjected to violence; knowledge, routines, follow-ups and collaboration.

Knowledge
Knowledge about violence and its consequences on health and wellbeing have been key to make progress in the area and the resources developed by NCK is available not only to the staff at the County Council of Uppsala, but for professionals across Sweden.

Routines
Routines and standard procedures, action plans and care programs developed by NCK is a good source of support for health care staff. But the successful implementation and use of such guidelines depends to a great extent on the willingness and commitment of staff on all levels.

Follow-up
Since 2012, exposure to violence is documented in the electronic patient journal system at Uppsala University Hospital using the tag “exposure to domestic violence”. This allows for data and statistics to be collected, which in turn enables further developments to be made.

Collaboration
Professional collaboration between agencies improves the reception and care of women subjected to violence. Collaboration can take place between different health care departments as well as agencies such as social care, the judiciary and women’s shelters.

The Uppsala Model will continue to be developed under the coming years, but it can already be implemented in the work of any institution which encounters women subjected to violence.