The online course about violence is presented at European conference

The National Centre for Knowledge on Men’s Violence against Women has participated in the “Fourth European Conference on Domestic Violence” that took place 13-15 September to present their five-year experience using the online course about violence to educate about men’s violence against women. 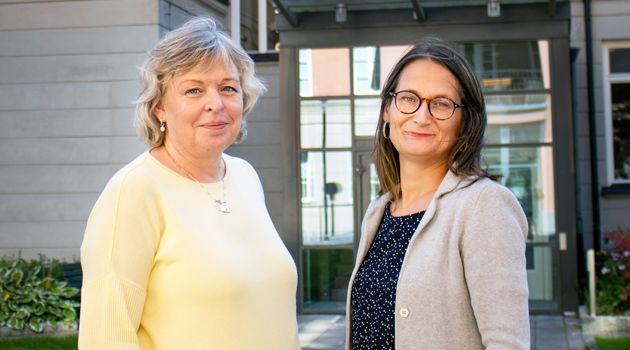 The conference, which brought together researchers and professionals, was arranged by the University of Ljubljana but was hold digitally due to the pandemic. Karin Sandell, Head of Information, and Annika Engström, Project Manager, were representing the NCK.

The online course, which was developed in cooperation with the National Board of Health and Welfare, was launched autumn 2016 and has since had over 90 000 users.

The course provides an introduction to the subject men’s violence against women and domestic violence. It is free of charge and available to all, which has previously sparked interest at previous international presentations.

– We have been asked questions about our selection of content, and how one succeeds in designing a course which is very broad, yet containing relevant knowledge for a wide range of professions, says Annika Engström.

About half of the users work in social services and the second biggest user group is professionals working in health care. The amount of student users have increased significantly during the last two years.

– The fact that the online course has had so many users and that its popularity keeps increasing proves that is was a wise decision to create an introductory course with a content which all professionals who meet women subjected to violence needs. The interdisciplinary design of the course adds to the understanding of the roles of different professionals and could facilitate collaboration across various professions, says Karin Sandell.

Karin Sandell highlights the cooperation with the National Board of Health and Welfare and the county administrative boards of Sweden as an important factor for the success of the online course and that a plan for how the course was to be implemented and used over time existed from the very beginning.

– The idea is that it will inspire others by presenting ways of how one can use the online course in a workplace to increase the knowledge and improve the support given to women subjected to violence, explains Annika Engström.

Learn more about the online course